Many in academic medicine have not yet accepted the values of the social media revolution.  Many tell me that it is clumsy, disjointed, and the dilution of information makes that information less valuable.  Although my instinct is to be defensive of this medium in which I function, I unfortunately cannot disagree with these sentiments.

The other day I went to see Samuel Shem speak.  For those of you not familiar, he is the author of House of God which was a pivotal tell all semi-fiction novel about his intern year at Beth Israel in Boston.

He spoke in an auditorium at Beth Israel-Deaconess, and it was the first time he had set foot on campus since he had written the book.  He was received with a large applause, and his talk was both funny and poignant - much like the book. 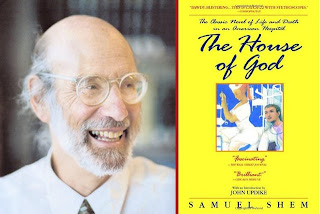 One theme he spoke of was loneliness: the demands of residency force you to sometimes mentally remove yourself from difficult situations in order to continue to meet your responsibilities.  You may have just had an unsuccessful resuscitation of a cardiac arrest patient, and then in the next room you may have someone who is asking for Tylenol for their sprained ankle - this ebb and flow of human emotion can cause a functional isolation from your patients and your peers.  Surrounded by people, it is still possible to be lonely.

The Association of American Medical College (AAMC) has a blog called "Wing of Zock," which is a reference to House of God.  The scope of the blog is to encourage open communication among those in the academic medicine community.

When I first saw the name of this blog, I did not completely understand the logic behind the name.

But as I listened to Dr. Shem speak, I thought of the role of social media and mobile technology in my life.  I live in Boston now, but I am in constant virtual contact with my friends and family in New York.  Through Web 2.0 resources like Twitter, and Facebook, and GMEP, and G+,  I'm in constant virtual contact with  the medical community at large around the world.  It has attempted to solve my loneliness - yet it has not been entirely successful. 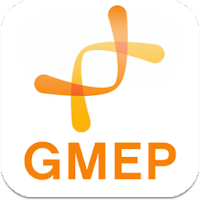 Web 1.0 was an internet that spoke to us.  It consisted of pages of information that told us what we could just have found in books, but made it easily accessible.  Web 2.0 is an internet in which we can have conversations with one another and with those who host websites - information is no longer a one-way valve.

Web 2.0 is still in it's adolescence; this means it is disjointed.  The information is erratically thrown about and moderation and patience is often sacrificed for volume and speed.  But social media will grow up; it has the power to connect us in a novel manner that has never before existed in the history of our world.  We should not turn away from the medium because it is imperfect, but instead work to mold it into it's adult form in which it can have sound structure.

Web 3.0 will be an internet in which the internet itself has the ability to have directed and organized conversation with you, it's user.  It will have the ability to address your questions with logical answers rather than pages of sites that match your search engine query.  The internet will be able to host real-time conversations and will not only give you facts, but also challenge you to provide answers.  It will be able to debate you, challenge your ideas, teach you things in real time, help you with tasks while you're performing them.  It will get to know you.  And most invitingly, it will perform these functions with you in community with other humans.  Web 3.0 will not be an alternative to our physicality but rather facilitate it.  Web 3.0 will attempt to dissolve our loneliness.